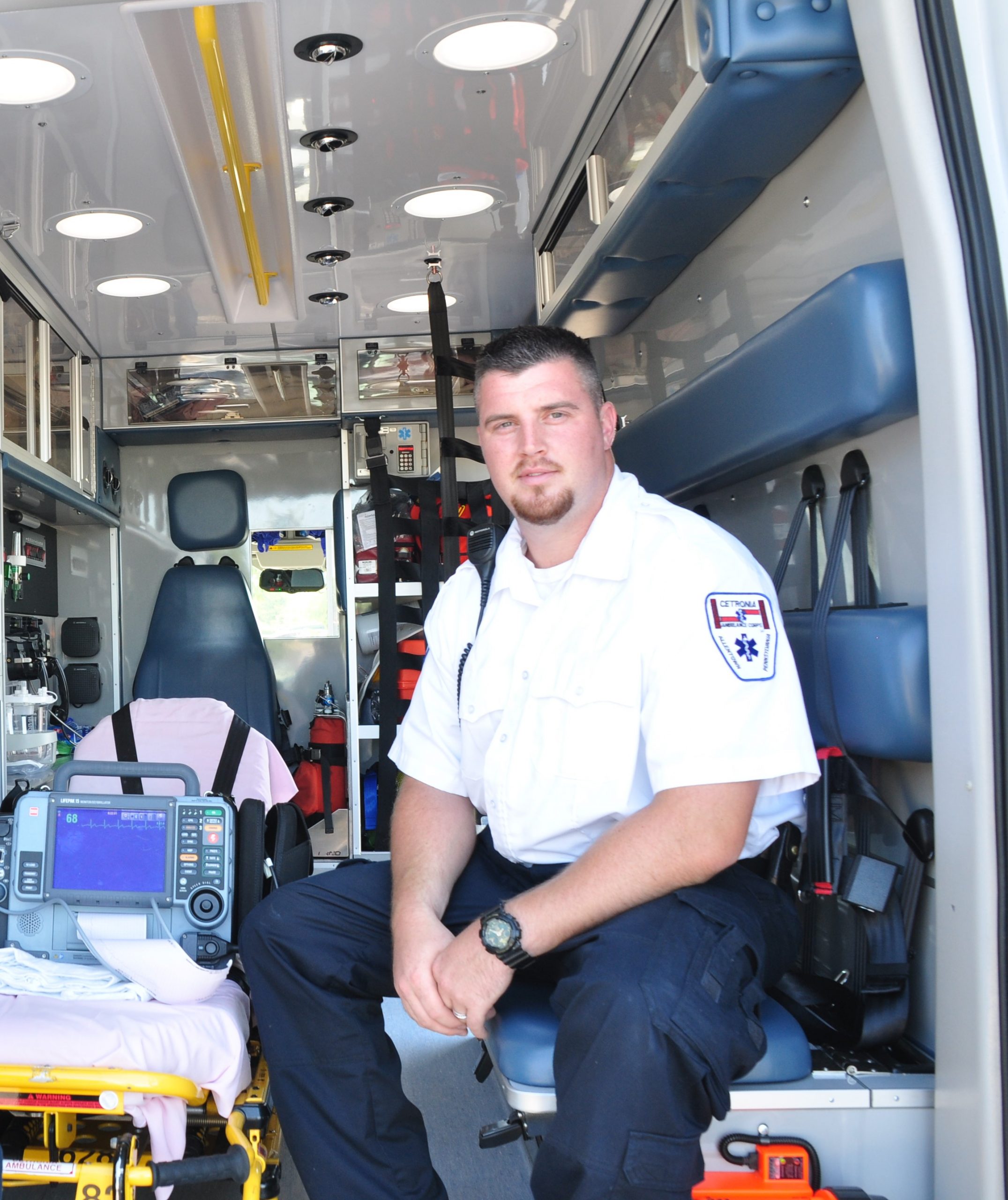 Cetronia Ambulance Corps is pleased to announce the promotion of Supervisor Edwin Boyle to director of operations. Boyle began his career with Cetronia Ambulance Corps in 2007 as a Paratransit Associate while attending George E. Moerkirk Emergency Medical Institute in Allentown, Pa. to become an Emergency Medical Technician (EMT). Boyle achieved his accreditation as a licensed EMT in 2008.

Boyle was later awarded a scholarship through Cetronia Ambulance Corps to attend the Reading Hospital School of Health Sciences to become a paramedic, graduating in 2011. A few years later in 2018, he was named supervisor for the organization.

Boyle went on to graduate with an associate’s degree in Nursing from Excelsior College, New York in 2019. He is scheduled to take the Nursing Boards later this year.

In his new role, Boyle will manage the day-to-day operations of 125 Advanced Life Support (ALS), Basic Life Support (BLS), and Paratransit Fleet associates while also providing direction and mentoring the communications and field supervisors. The director of operations is expected to facilitate a customer-first organizational culture that respects the organization, its people, and its customers. There will be an emphasis placed on continuing to strengthen and build solid community partnerships within the region we serve and beyond.

“After executing a national search to fill this position, we could not be more proud of the success story that has been afforded to one of the internal candidates. Eddie continues to strive to reach new goals and advance the mission of our nonprofit organization on a daily basis. The entire management team looks forward to welcoming him and providing all the support they can to continue to help him grow,” said Robert F. Mateff Sr., Interim CEO of Cetronia Ambulance Corps.

“I feel that I have worked diligently over the nearly 15 years that I have been employed by Cetronia Ambulance Corps. My story is a shining example of how an individual can move up the ladder and succeed as a healthcare provider. I have seen the industry take many turns; some good, some not so good. I look forward to keeping the high standard of patient care that our community has become accustomed to with our service. I plan to continue to focus on the associates because I fully understand the tough industry in which we are employed. Each and every person that works here is my extended family. I want them to know that they are all very near and dear to my heart and I want to see them all succeed just as I have,” said Boyle.

Boyle graduated from Northern Lehigh High School in 2005. He lives in New Tripoli, Pa. with his wife, Dr. Courtney Boyle – OB/GYN for Lehigh Valley Physician Group and his two children.