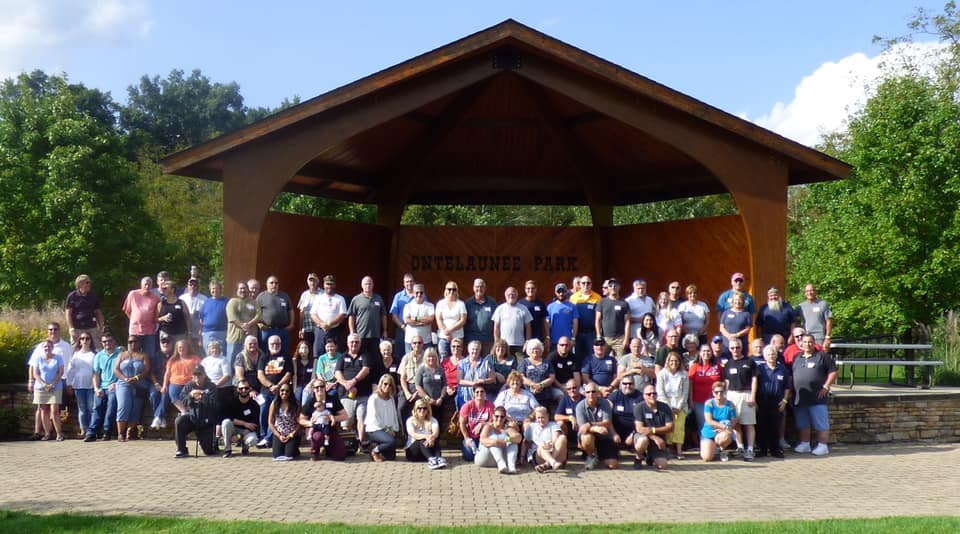 It was a day that will be part of our history forever. September 11, 2021 was the 20th anniversary of the tragic day that many of us will never forget. This year it was memorialized with many touching ceremonies in the Lehigh Valley. But this day in 2021 was also a day that most will not forget any time soon for another reason. This day is now also forever marked as the first official Cetronia Alumni Reunion that honored past and present associates of the Corps!

The picnic was held at Ontelaunee Park in New Tripoli, Pa. If you haven’t been, you must see this majestic park for yourself. In total, with significant others, there were close to 200 people registered to attend. The crews that worked that day were also rotated through to enjoy the camaraderie and food. The menu started with hot dogs and hamburgers on the grill; followed by the Cold Stone Creamery food truck with all you can eat ice cream and was then topped off with a pig roast feast!

There was a presentation of colors performed by the Civil Air Patrol Squadron and remarks by “ringleader” Chuck Deprill who has served the organization since the 1970s. Cetronia’s current CEO Robert F. Mateff Sr. also got to say a few words to thank all those that have come through the doors of our facility and served our community in the EMS field over the years. The names of each of those that have departed were read aloud and given a moment of silence. They will always be close to our hearts…

In addition to the great food, there was music, games, a wonderful area displaying memorabilia from the last 65+ years, and pictures that were worth a thousand words. They also held a baking contest with many fabulous entries!

One thing is for sure, these people know how to throw a good party, pick up where they left off with old friends, and acquire new friends! It was an honor for those of us that are currently running the day-to-day operations to attend, and we are looking forward to this new annual tradition! See you all next year and we thank you all for your service.