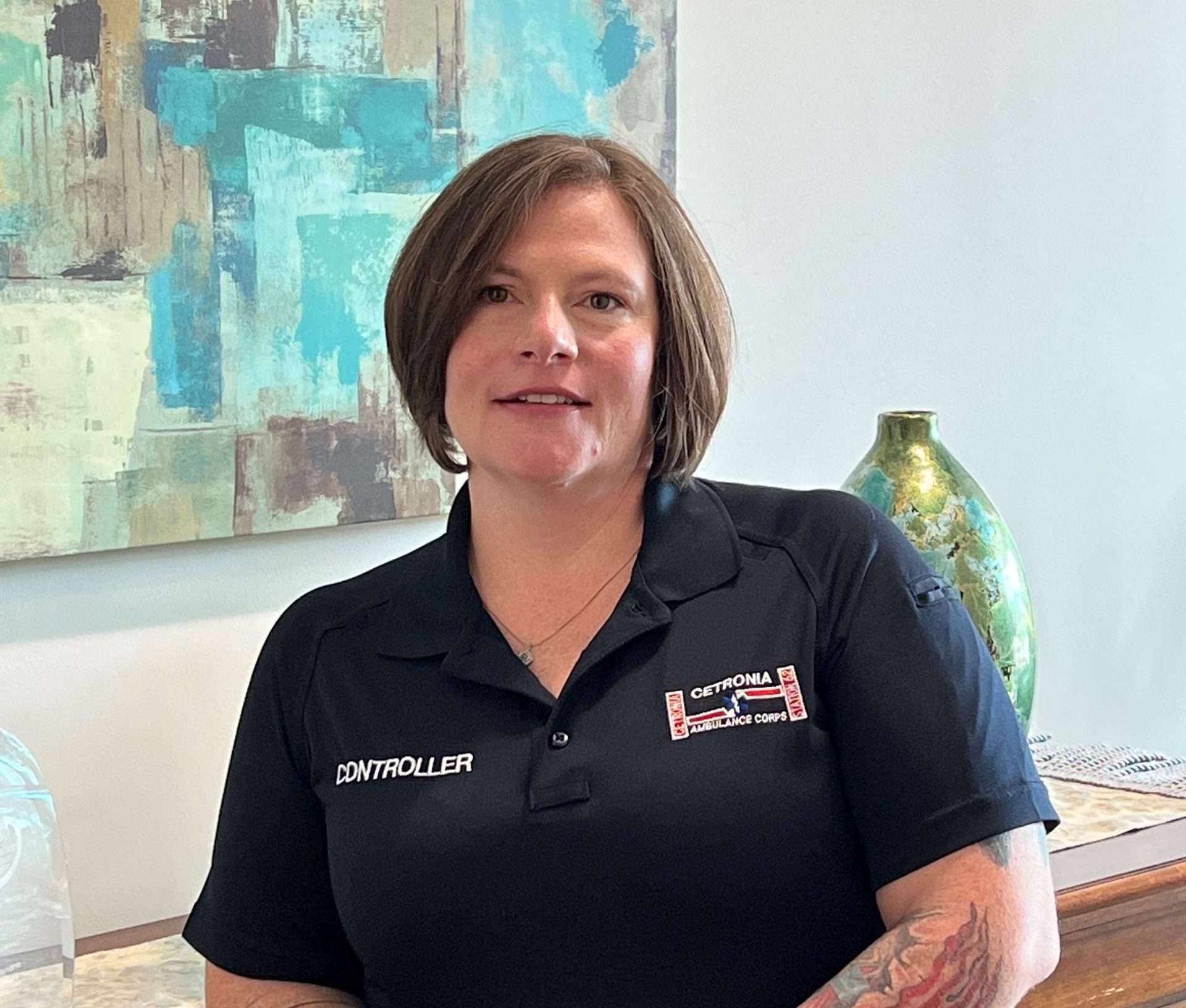 Cetronia Ambulance Corps has operated Lehigh Valley Health Network’s (LVHN) Centralized Ambulance Transport (CAT) center for approximately 20 years. CAT is responsible for arranging all the non-emergency transportations for patients who are heading home, to another hospital, or to another facility after being discharged within the LVHN system. Recently, the operation expanded to include LVH-Pocono, LVH-Hazelton, and LVH-Schuylkill. With this development, the need went from a two-person staff to an eight-person team including a supervisor to oversee them.

Cetronia Ambulance Corps is excited to announce the promotion of Cheryl Walbert to the new position of CAT Supervisor. Walbert started with Cetronia Ambulance Corps as an Emergency Medical Technician (EMT) in 2003. She then transferred into our Communications Center in 2005 working all positions from emergency to non-emergency dispatching. In 2013 she moved to the Centralized Ambulance Transport center, which was originally housed on the lower level of LVH-Cedar Crest.

In her new role as CAT supervisor, Cheryl oversees the day-to-day operations at the center which is now located off Lehigh Street in Allentown. Her goal is to make sure the associates have what they need to perform their jobs and to see that the right mode of transportation is used for the right patient with the right services. “It was an easy decision to promote Cheryl into this new position, as she has been basically running the center since she began dispatching there,” said Edwin Boyle, Director of Operations for Cetronia Ambulance Corps. Cheryl has an attitude of there are no failures in life, there’s only learning experiences. There is no, “I can’t!”

Walbert graduated from Lehigh Carbon Technical Institute’s (LCTI) cosmetology program and the Allentown School of Cosmetology. She owned her own salon at one point, but always had a longing for the medical field. Walbert went on to fulfill her dream by becoming an EMT through the George E. Moerkirk Emergency Medicine Institute program. She has also completed her pre-nursing requisites through Lehigh Carbon Community College. Cheryl began her EMS career at Emmaus Ambulance Corps and Macungie Ambulance Corps as a part-time volunteer.

Cheryl lives in Alburtis with her husband, five children, dogs, cats, and a horse. She volunteers at Glendale at Stagecoach, a local horse farm. Cheryl is also the Secretary of Executive Women’s International (EWI) – Lehigh Valley Chapter and Secretary and Treasurer for the Lehigh Valley motorcycle club the EMS Angels which raises money to send people to Emergency Medical Technician (EMT) school.