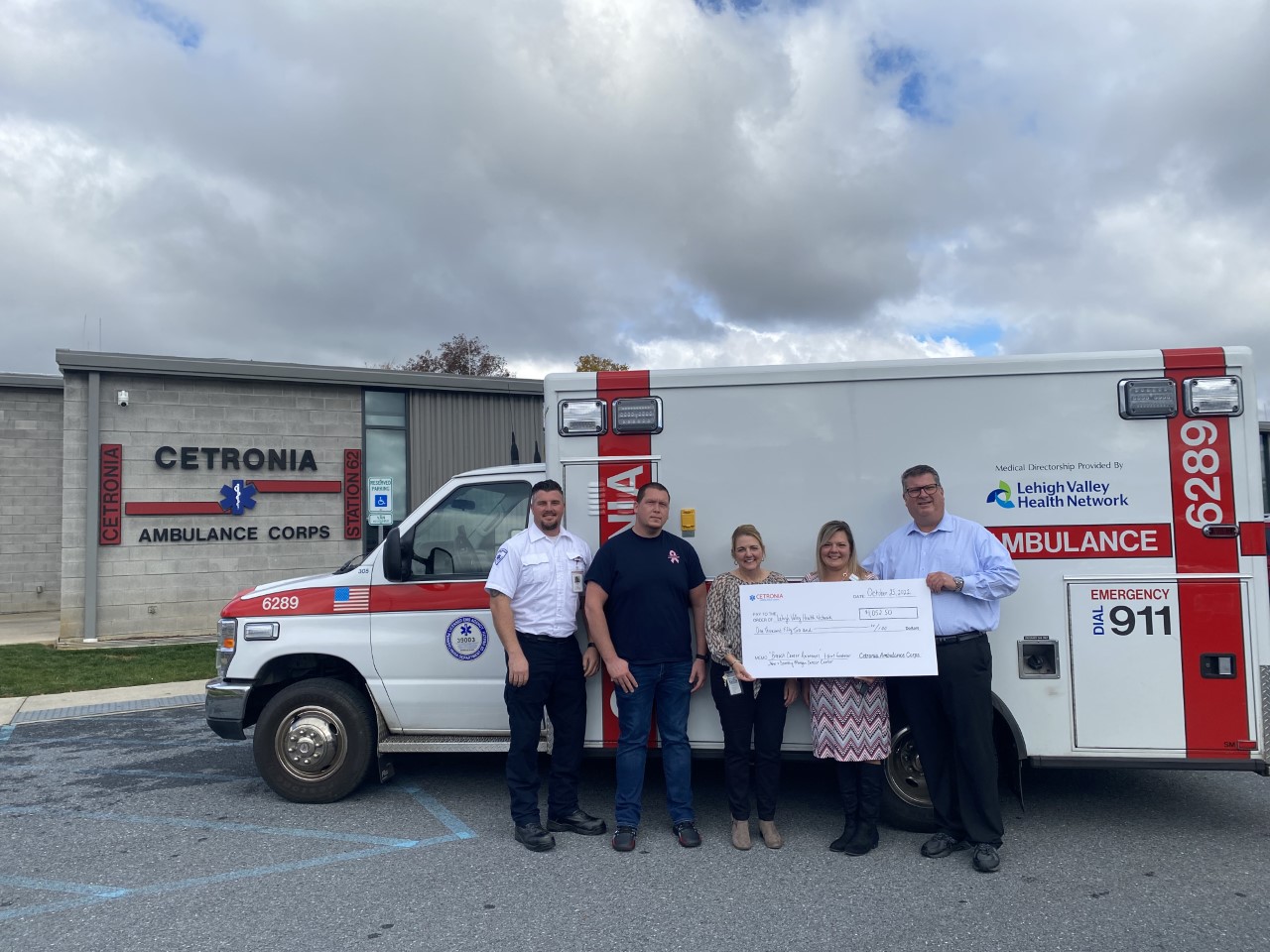 Cetronia Ambulance Corps and its associates were delighted to raise funds to go toward breast cancer awareness this past October. Paramedic Chris Sholley came to Cetronia’s leadership team with an idea to sell t-shirts to the associates with profits being given to Lehigh Valley Health Network’s John and Dorothy Morgan Cancer Center.

Cetronia Ambulance Corps associates purchased 85 t-shirts. Combined with a $500 match from the organization, the donation was $1,052.50. “I was happy that my idea to help raise some money for a great cause came to fruition. I was pleasantly surprised that the public took an interest to purchasing the t-shirts as well and hope that next year we can expand our efforts to include sales to a larger network of people,” said Paramedic Chris Sholley.

The t-shirts adorned the iconic pink ribbon on the front with Cetronia Ambulance Corps entwined horizontally, and Cetronia’s name and slogan on the back. The associates that purchased a t-shirt were able to wear them every Friday during the month of October to raise awareness for breast cancer.

“As soon as the idea hit my desk, it was an instant yes,” said Robert F. Mateff Sr., Chief Executive Officer of Cetronia Ambulance Corps. “I was not only excited that the idea came from one of our field associates, but also that it would help so many lives affected by this type of cancer in the region. It was our organization’s pleasure to match what was raised from the associate’s efforts.”