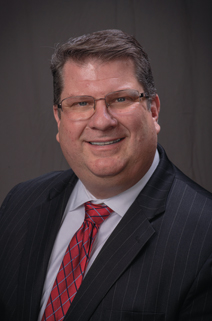 Yesterday, the Cetronia Ambulance Corps board of directors announced internally that Bob Mateff will serve as the Interim CEO.

Cetronia Ambulance Corps is the Lehigh Valley’s leader in EMS and medical transport services. Cetronia has improved response times and changed the model for local EMS by maintaining the only High-Performance EMS System in the state. This system uses advanced technology and processes to optimize resources and reduce response times while remaining fiscally responsible.

Bob joined Cetronia Ambulance Corps as chief operating officer in 2017. He graduated from the Ambulance Service Manager Program in 2019 and currently serves on the Government Affairs Committee of the American Ambulance Association. He was instrumental in the development of the Northampton County 911 center and was former chair of the Northeast Regional Counterterrorism Task Force. In addition, he was appointed by Gov. Tom Wolf to serve as deputy of the Pennsylvania Emergency Management Agency, where he worked on the statewide 911 system.

Also, as part of this transition, Larry Wiersch has announced his retirement.

Three years ago, Larry, along with the board of directors, developed his succession plan, which included hiring a COO to allow the organization to move forward with its strategic plan and to improve efficiencies in an ever-changing health care landscape.

It was with this vision that Bob Mateff was hired in 2017 to serve in the COO position. Bob has since demonstrated strong leadership skills – and is now ready to take on this new role.

“It is with great enthusiasm that I take on the role of Interim CEO at Cetronia Ambulance Corps,” said Mateff. “I look forward to carrying forward the vision and mission of this organization into the future.”

“We want to thank Larry for his service and accomplishments over the last 40 years,” said Christopher Lakatosh, board chair. “Under Larry’s direction, Cetronia was the first and only to implement high performance EMS in this region and he oversaw the design and fruition of Cetronia’s state-of-the-art joint operations facility, thereby creating the first aspect of community regionalization and preparedness.”

“With Bob’s leadership, we can continue our efforts to be an industry and community leader,” added Lakatosh. “Bob’s experience, coupled with our high-performing employees and our dedicated community partners, will lead us into the future of healthcare and EMS leadership.”

Prior to joining with Cetronia, Bob worked as director of emergency communications and operations at the University of Pennsylvania. Bob also served as a former deputy sheriff and emergency medical technician. He holds a certificate in preparedness leadership from the University of Pittsburgh Graduate School of Public Health and is a graduate of DeSales University.